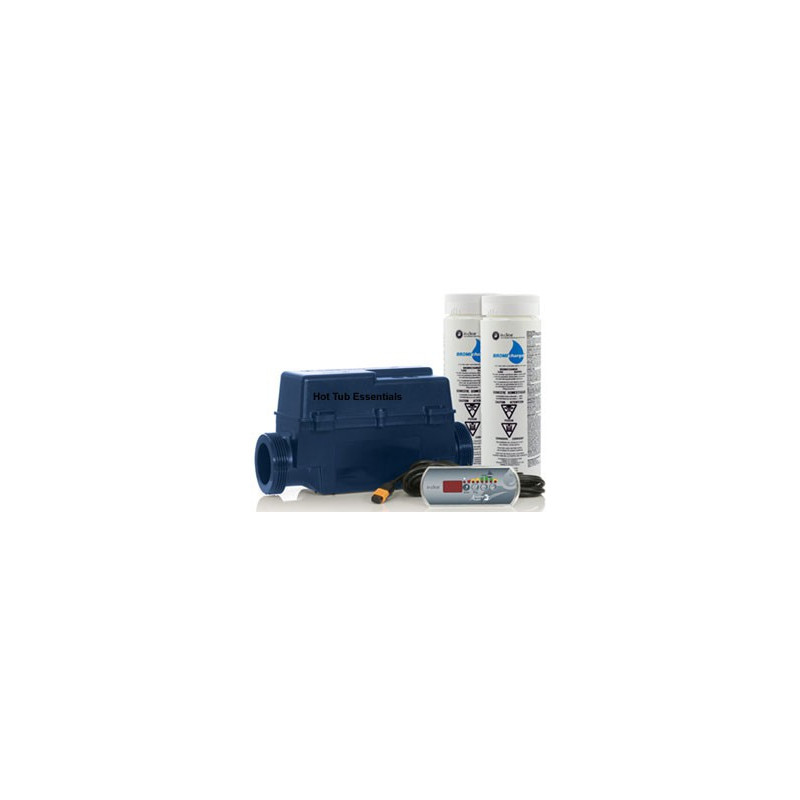 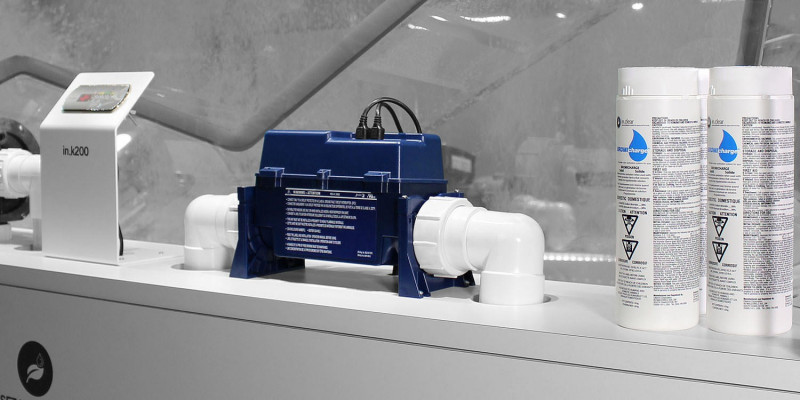 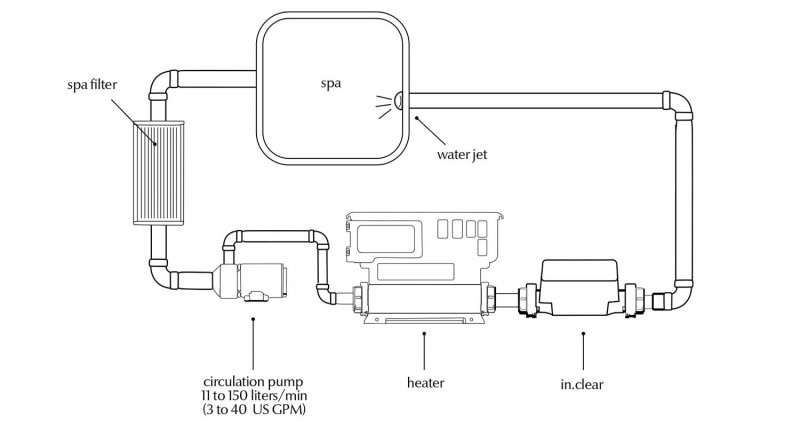 in.clear is the ultimate water sanitization solution for spas and hot tubs!

The heart of the system is the in.clear cell. Similar in design to the salt chlorine generation equipment found in most in-ground swimming pools, the in.clear cell is actually designed to produce bromine instead of chlorine. The reason for this is simple. The bromine is more stable and maintains greater sanitizing potential throughout the range of typical Ph levels found in hot tubs.

When sodium bromide (BromiCharge™) is added to the water, it separates into sodium ions and bromide ions. As the water passes through the in.clear bromine generator, a low-voltage source supplies a current that electrolytically reduces the bromine ions into bromine which reacts with the water molecules to form free bromine.

Can be cotrolled by control panel from high-end spa. 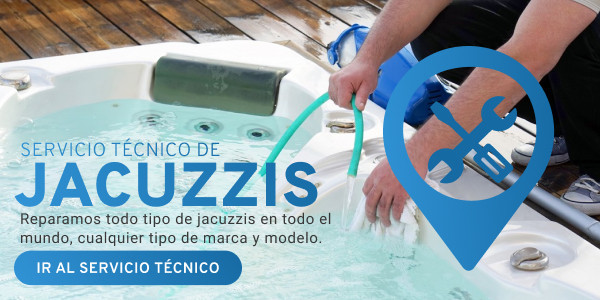 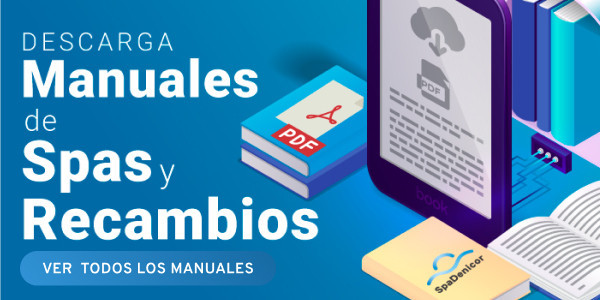